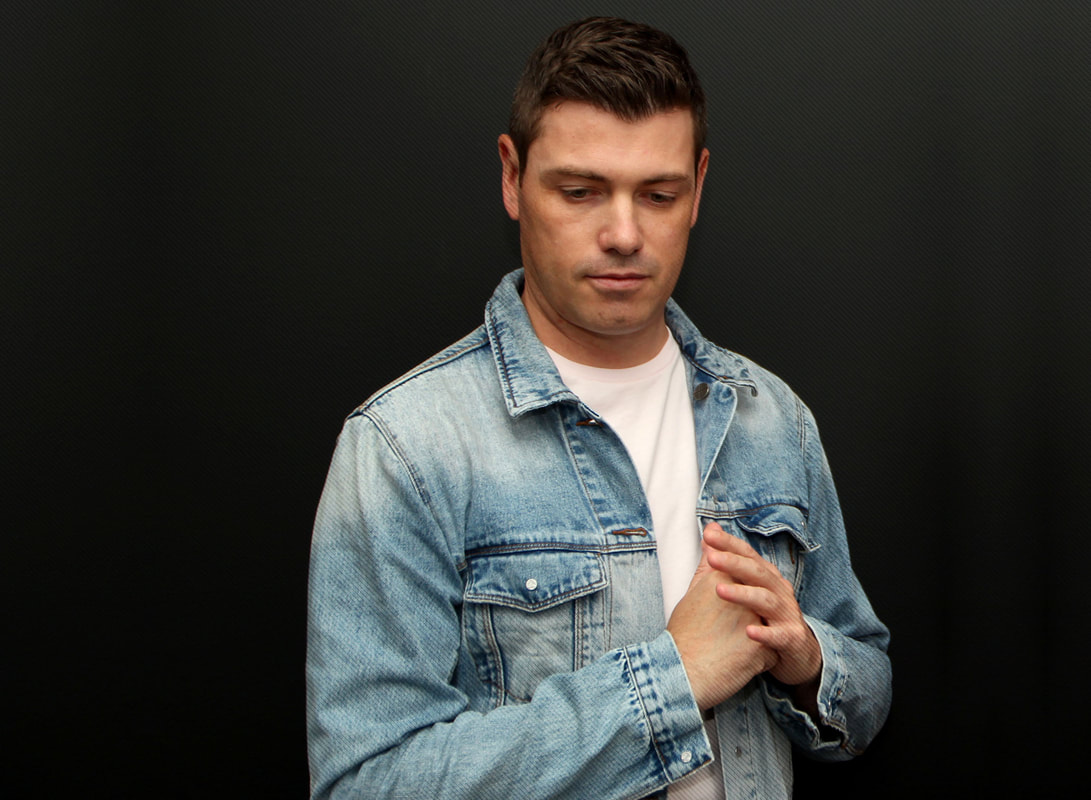 2021 has certainly had it’s ups & downs in the middle of a global pandemic but it hasn’t stopped the rise of House Music artist Jolyon Petch.
The Kiwi Born, now Melbourne based producer/DJ has completely dominated the Australian ARIA club charts this year spending a mammoth 10 weeks at the #1 Spot with his latest 2 singles “Holding on” (3 Weeks) and his current Radio smash hit “Dreams” (7 Weeks). Jolyon’s cover version of the iconic Fleetwood Mac ‘Dreams’ has certainly taken on a life of its own with it now being added on the top commercial radio stations NOVA, Fox & The Hit Network whilst The single has also accumulated 1 Million+ streams on Spotify in the last 2 months and is currently #1 on the Shazam Australian Dance charts.

Jolyon is the first & only New Zealand Dance Music producer to have produced over nine #1 singles on the Australian ARIA club charts and also claim 3 top 5 positions on the UK Upfront Club charts aswell as his 2021 remix for the M&S presents Girl Next door - Salsoul nugget taking out the #1 spot.

NZ born, now Melbourne based DJ & Music Producer Jolyon Petch found the spotlight early in his career, successfully pairing his Record Label ‘Club Luxury’ with his DJ brand and touring the world from 2006-2010, performing in over 15 countries and over 20 different cities before finally settling in Australia to further his music career. He’s held multiple DJ residencies in the top venues on both the Gold Coast and in Melbourne and also performed around Australia and New Zealand in the best nightclubs and events.

Jolyon’s 2017 single Otherside is currently his biggest streamed single on Spotify with over 5.2 Million streams & was #1 on the Beatport dance charts for over 50 days and stayed in the top 100 for over half a year.  In October 2019 Jolyon also achieved a world first of officially getting publishing clearance for his cover version of Michael Jackson's most iconic single 'Thriller' which was released via Perfect Havoc in the UK and was given the green light as the first ever cover version of Thriller with the blessing of the MJ estate and the writer Rod Templeton's estate, The single went to #8 on the ARIA Club charts and #5 on the Beatport Dance charts.

2020 saw Jolyon team up again with Belgium House Music legend Kid Créme for their single ‘How to love me’. The single went straight to #1 on the ARIA club charts and also became Jolyon’s first single to crack #4 on the UK Upfront club charts too. With the world coming to a halt with Covid-19 in March, Jolyon set his sights on taking a seminal record and giving it his own distinct modern flavour and his 2020 version of ‘Show me Love’ featuring the original singer Robin S again shot straight to the #1 spot on the ARIA Buzz charts this time for 3 consecutive weeks and also peaked at #5 on the UK Upfront charts.

In 2021 he has new music coming out on Central Station Records, Vicious, TMMRW, Club Luxury, House Life and a few remixes for major artists including Junior Jack & Siedah Garrett (Responsible for writing MJ’s ‘Man in the mirror’). Along with all this BIG music news he signed for international bookings & tours through Mona Rennalls Agency and has now found a home in Australia for exclusive bookings with SOAPBOX ARTISTS.
-----------------------------------------------------

Jolyon Petch is without doubt one of New Zealand's hottest exports, having performed all over the globe from Miami (USA), London, Ibiza, Cyprus, Dubai, Bahrain, Abu Dhabi, Sweden, Czech Rep, Poland, Germany & Australia. He has held an international superclub residency at 'The Castle Club' in Ayia Napa (Cyprus) for over 3 years and in 2010 he has secured his second international Club Residency @ Platinum Nightclub in Australia...

Having played in some of the most exclusive & prestigious clubs around the world, 2008 has seen Jolyon's international career shift into top gear. From his late 90's beginnings in New Zealand, he quickly elevated himself to the top of his game in the local scene, garnering much respected residencies & touring the country. Playing support slots for some of the world's largest party brands & super-clubs, it wasn't long until international DJ's & producers began to notice his skills & Jolyon began to look beyond local borders. With his international contacts, remix work for some of the biggest house producers started to come in, & in 2006 he picked up his first European residency in the main room at Ayia Napa's Castle Club - the largest club in Cyprus with a 3000+ capacity. With a northern hemisphere base, Petch then set about exposing himself to some of Europe's premier cities, clubs & producers. His appearances to date have included Berlin, Prague, Warsaw, Ibiza, Limmasol, London, Birmingham, Hastings & Leicester at some of the world's top clubs such as Pacha, Turnmills, Koko, Utopia, Baangalu, AIR & Mecca. Other notable performances have included; GodsKitchen, Slinky, Ministry of Sound, Hed Kandi, Gatecrasher, Funky4Love, Funkinyou, Miss Moneypennys & The Gallery. Jolyon's touring brand & record label, Club Luxury, has followed his successes, further building his profile & now has an impressive array of releases ready to launch in late 2008. These include his own productions working with respected artists such as Stonebridge, Soul Avengerz, Katherine Ellis, Abigail Bailey, Merenia Gillies, Moscomusic, Darwin & Backwall, Greg Stainer & more, as well as his own projects Elektrik Disko & Sound Conducterz.

Further afield Jolyon makes regular appearances in Dubai, bringing Club Luxury to Zinc in the middle-east, where he has also featured on Radio 1 UAE, & is presently working on another exciting project which will see his profile raise to the next level in this dynamic & rapidly growing region. Not forgetting home, he continues to headline New Zealand's largest New Year's event every year in Auckland, a privilege he has held since 2000. With his midnight set's having such a formidable reputation, it's the only dance-floor to be on to see in the New Year down-under! Production-wise, his discography to date is more impressive than you might realise & includes artists; Soul Avengerz, Beatfreakz, Agnelli & Nelson, Jason Herd, Ben Macklin, Paul Gardner, Deepswing, Jon Fitz, Steve Edwards, Peyton, Minimal Youth, Greg Stainer & more. As a DJ, he has played alongside the likes of; Groove Armada (live) , Freemasons, Boy George, X-Press 2, Armand van Helden, Judge Jules, Norman Jay, Mauro Picotto, Soul Avengerz, Felix da Housecat, Stonebridge, Carl Cox, Ian Carey, Junior Sanchez, Grand Master Flash, Armin van Buuren, Soul Central, Syke n' Sugarstarr, Bobby & Steve, Lucien Foort, ATFC, Grant Nelson & the Shapeshifters, among others.

Jolyon's passion for music & trademark professionalism have also seen him involved in other aspects of the industry, including launching New Zealand's premier nationwide entertainment & events guide 'Infusion Magazine', which has gone on to be even bigger through it's licensing to the United Arab Emirates. Prior to departing New Zealand he was also one of the country's most respected event promoter's, seeing him play in every significant centre in the country & bring a number of international artists to local shores. 2007 also saw Petch visit & perform at the Miami Winter Music Conference, further strengthening his international ties.

2009 saw Jolyon headline the main stage dance tent at the Highlife Matakana event. Playing the midnight set after Moto Blanco. His remix for the Freemasons latest single sat at #1 on the Xpressbeats.com 50 most wanted chart for 2 weeks with his own Luxury Records releasing their first single at the end of March. His sub label Little Love Records, released the Auckland House Authority "The Music 2009" which charted #1 on the Xpressbeats.com 50 most wanted charts for over 2 months. with many other remixes and originals charting on many top dance sites. Jolyon also hosted his record label Club Luxury in Cyprus for his international residency at The Castle Club and also co-managed new superclub Babylon in Ayia Napa with acts coming through like Tiesto, Above & Beyond, Mauro Picotto, Ras Kwame, Crazy Cousinz & more..

2010 sees Jolyon with his second international Club Residency in Australia performing alongside countless international and Australian DJ's & acts.. His record label 'Club Luxury' also released it's first single for the year - 'Jolyon Petch & Sam Hill vs Th'dudes - Bliss 2010' and it went straight to #2 on itunes NZ Dance singles and #3 on Dance albums and then enjoyed chart success at #1 on Audiojelly.com and on Armadadownloads.com (Owned by Armin Van Buuren). Their single also was performed live by the original singer of the song Peter Urlich, which was broadcast on the Maori TV network for a FREE to air Boxing match by NZ's greatest boxer David Tua. Their single was performed live before the main event to an estimated 1 million viewers worldwide. The song has also attracted good reviews on TVNZ's breakfast show getting a 4 star review.. And getting full support from Dj's nationwide..It entered the Aria Charts at #50 and within a week jumped up 18 spots to #32 and is still on the move.. 2010 is going to be a very BIG year for Jolyon..

To find out more visit - www.jolyonpetch.com